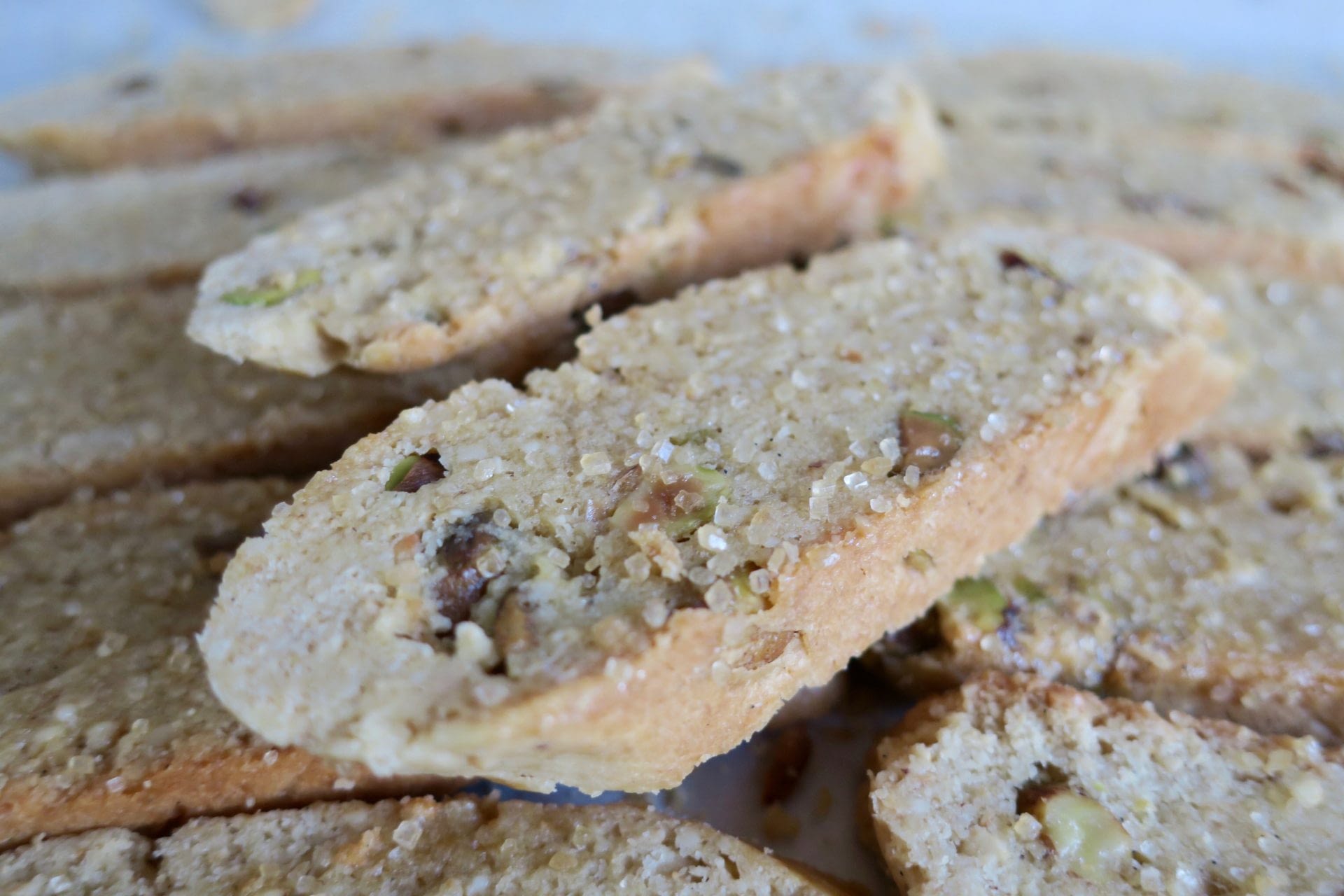 I have now made these 8 times since my husband bought me Ina Garten’s new cookbook and I know that these are going to be a long time favorite!

I made a few changes which are noted below.

CHERRY PISTACHIO BISCOTTI ( From “Cooking for Jeffrey” by Ina Garten)

Turbinado sugar, such as sugar in the raw

In a bowl of an electric mixer fitted with pale attachment, cream the butter, brown sugar, granulated sugar and cinnamon on medium speed for 3 minutes, until light and fluffy. With the mixer on low gradually add the 2 whole eggs, the egg yolk (reserve the egg white), and vanilla and mix until combined, scraping down the bowl with a rubber spatula.

In a medium bowl, combine the flour, almond meal, baking powder, and salt. With the mixer on low, slowly add the dry mixture to the butter-sugar mixture, mixing only until combined. Scrape down the bowl and beater and make sure all the ingredients are combined. Stir in the pistachios and cherries.

Roll the dough into a ball on a well floured board and cut in half. With floured hands, roll each piece into a cylinder about 11 inches long by 2 inches in diameter and place them 3 inches apart on a baking sheet lined with parchment paper.

Place the reserved egg white in a bowl and beat with a whisk for 15 seconds. Brush the logs with the egg white (save the rest) and sprinkle each with 1 Tsp turbinado sugar. Bake for 45 minutes until lightly browned. Cool for 30 minutes.

Turn the oven down to 275 degrees.

Line two sheet pans with parchment paper. With a serrated knife, slice the biscotti 1/2″ thick at a full 45 degree angle. Place the slices cut side up on the prepared sheet pans. Brush them with the egg white and sprinkle generously with the turbinado sugar. Bake for 45 – 50 minutes, turning each slice once, until browned and fully baked. Transfer to a baking rack to cool.